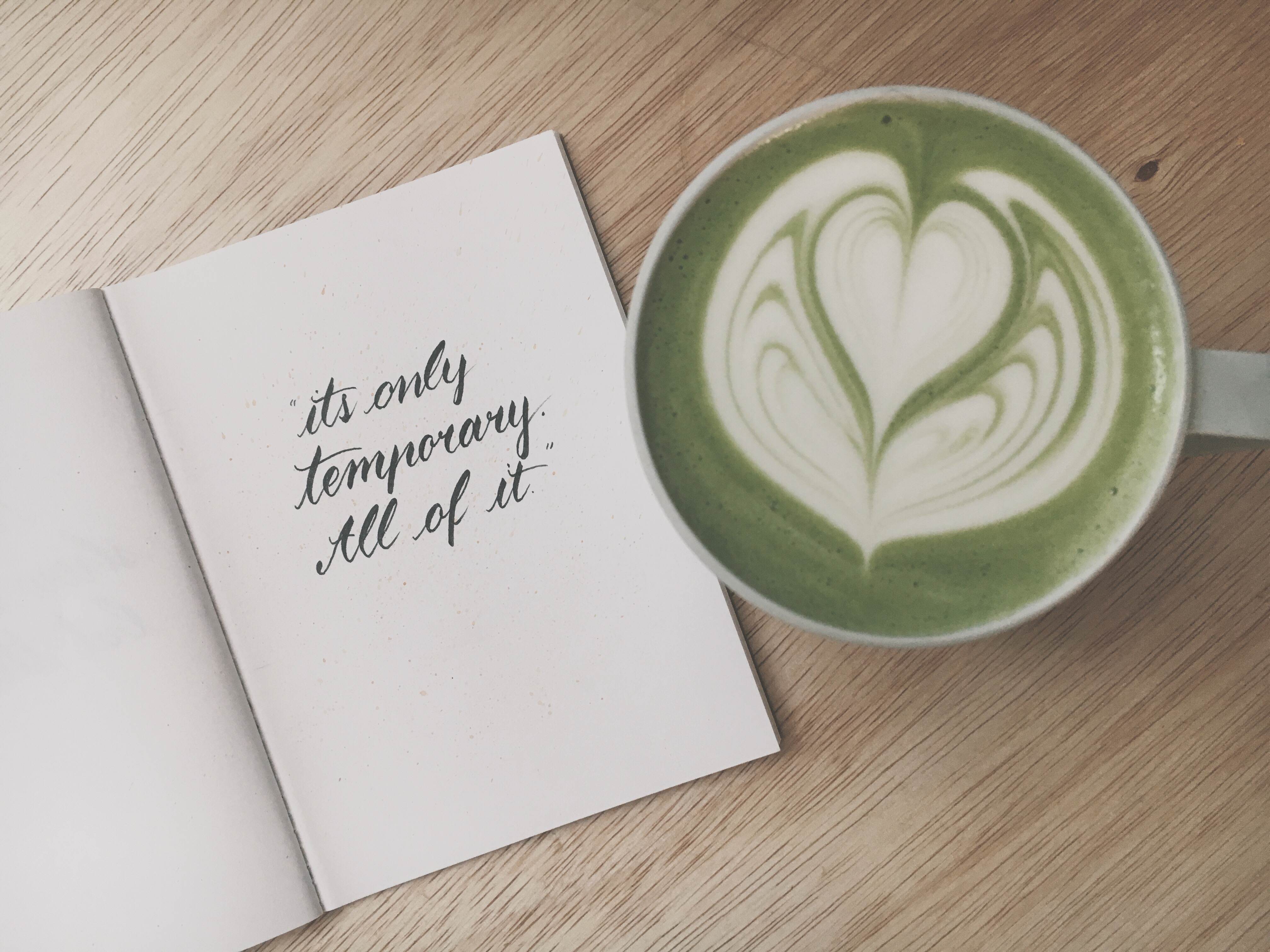 Does transience render all things meaningless?

I sometimes ask myself that.

But that would be the fatalist way to live, and I’m not inclined to think that way either.

So I make a choice.

I choose to see change and impermanence as pre-requisites for growth, for discovery, for connection. For meaning. Far from meaningless.

And because there are days and moments when it may be harder to remember this choice, to remember that impermanence is not cruel but can be beautiful, that change is not overwhelming but can be growth-inducing –  that’s when writing posts like these help.

“Set Your Intention & Rejoice in Your Day”.

I’ve been trying to start each day with an Intention, and words/verses like these are always inspiring and helpful.

It takes a whole lot of loving-kindness and self-compassion to stay with the urge to tell myself “you’ve failed” and not actually succumbing to it, and allowing the mind to let in the thought: “we continue to strive on.”

This quote stood out for me because it aligns so well to the spiritual truths I believe in.

What we want most – Happiness and peace – are things that seem the most elusive. Yet in our quest for them we become entangled in the process, in our efforts, in our desires.

When really, all we have to do is stop trying to grasp the ungraspable… and maybe try to see that… we have inside us what we were looking for all along?

I think if I could finally stop grasping, I’d be able to savour the richness of every one of those moments.

The little girl was running around the playground, happy and carefree.

She stopped, as if to think about something.

She went to her bag and took out her prized doll.

At once, the other girls on the playground started staring at what she held in her hands.

An object they didn’t have. Something they would like to get their hands on.

Like moths to a flame, they started edging closer to her. One of them even stretched out her hands, indicating that she would really like to have the doll for herself, never mind that it did not belong to her and that her parents were at the side, calling for her to “don’t snatch people’s things ah!”

What was a joyful play area a moment ago suddenly turned into a tensed battleground.

The laughter and excited screams that filled the air suddenly became tears and crying.

“Would you like to keep your doll? And continue playing on the playground” The mum asked the little girl who was hugging it possessively and protectively. Silently and rather sullenly she nodded her head.

Once the doll was in the bag, the activities of the playground continued. Sliding, climbing, running around with joyful shrieks.

We could be like the children on the playground – carefree and joyful, enjoying the freedom and possibilities of the world around.

Isn’t it we ourselves who cause our own suffering by taking out, or going to our man-made attachments, and holding on to them? Thinking that what we have is absolutely necessary and refusing to let go?

Let go, and live. We might realise that what we thought was absolutely essential might not be so after all, and life could be that much lighter.

Just some inspired food for thought.

In the grand scheme of things, do our emotions, so fleeting and fickle, really matter?

The fact is, time will pass whether or not we understand or accept its nature.

But for the one who understands the nature of the world, this passing might be a lot more painless, perhaps even enjoyable.

This world and its things and people, from whom we seek so much validation from, would also flicker by.

What then, is the value of our emotions and attachments? Is it wise to continue seeking that which will pass, instead of focusing on the things we can actually grasp?

An always within Never, an Infinity within a Moment.

Perhaps that’s what I need to contemplate on.

A few mornings ago, as I lay in bed in the early hours of the morning, I thought of how our lives are but specks in comparison to the infinity that is Time and the Cosmos and basically… All of Creation.

In the expansiveness of reality, do these things still mean anything? I guess I was trying to think from a “what meaning could they have” perspective, rather than a “there’s no meaning to them” perspective.

Maybe that’s where the meaning of all the “I”s and “my”s lie too. All my tears, laughter, burdened thoughts, light whims, disappointment, anticipation and hope, and the infinite layers of human experiences and expressions – They each have a meaning in themselves, by contributing to the collective consciousness of the reality we live in.

Just some early morning thoughts on the last day of 2015.

Have you ever sat and watched the Moments, marveling at how the transit from Real to Unreal, from future, present to past? As if we have a Marco Lens of Time, and we are looking deeply into the fluidity of moments, coming, being, and going at the exact point in time we realize they are there. Sometimes, when I am waiting for the bus, standing in the queue, I see the moments pass like this, and it brings some peace and joy. To be a part of that fluidity, and to remind myself that everything – both pleasant and unpleasant – too shall pass.