Yes, I do sometimes have coffee with other human beings, despite a certain lack of convincing evidence. 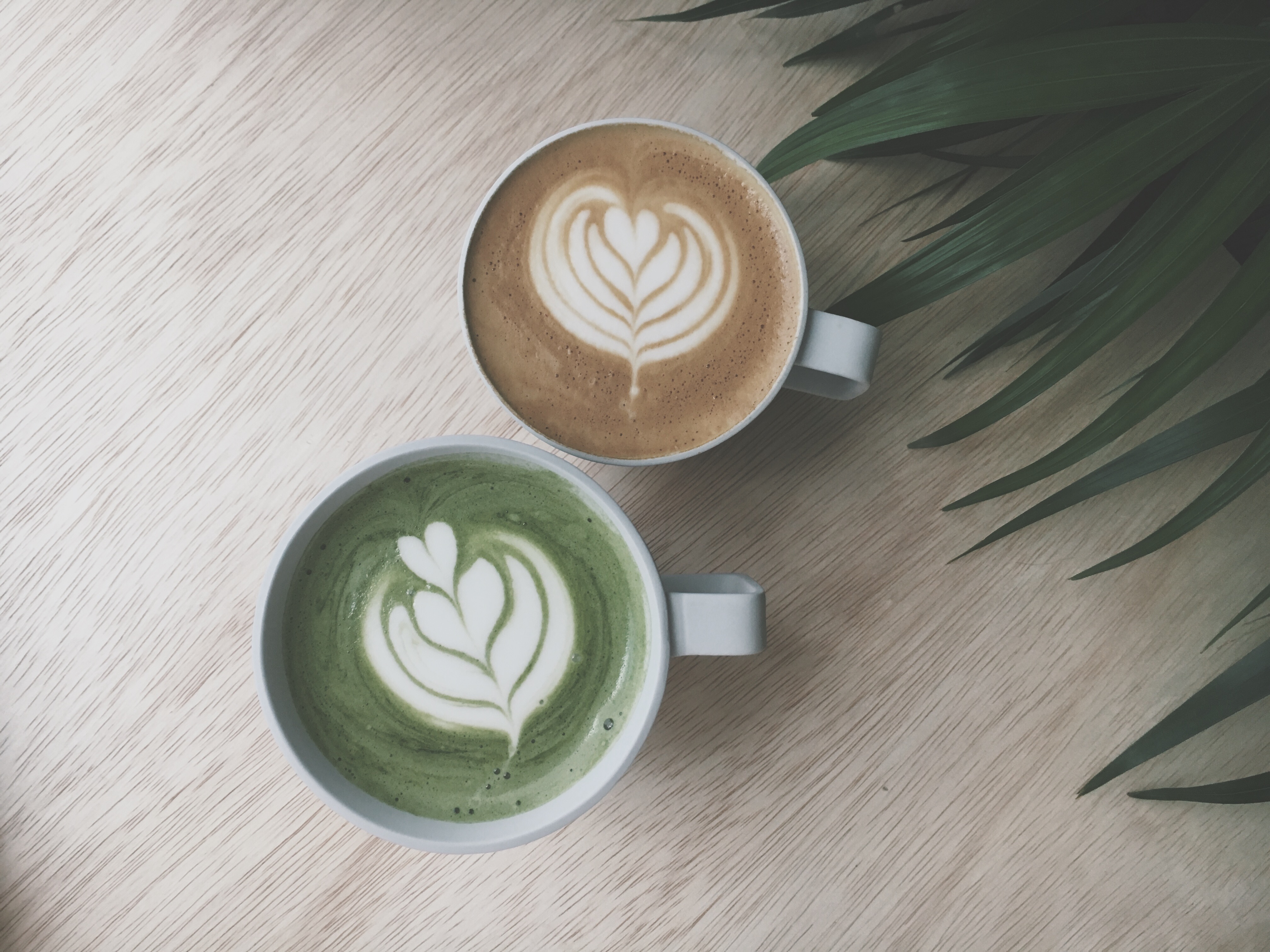 One of the inevitable side effects of teaching music in a classroom is that sometimes, the classroom instruments become more than that – they become weapons of childish acts of revenge, objects to tease with, objects which can be used to get attention.

After a particular trifle between 2 groups in which Boomwhackers were hurled through the air, I got them to stay back after class to Talk.

Long story short – after rounds of blame-pushing and fact-crosschecking, the culprits finally owned up to their actions and agreed to accept the consequences.

Still feeling angsty over their misbehaviour, I then curtly told them to make it quick and to make sure I can see how much dust they have each cleaned from the room. The 2 boys picked up the brooms and started sweeping earnestly. After a while, 2 small mounds of dust accumulated  on the floor. Boy1, after sweeping his mound into the dustpan, went over to Boy2’s mound and attempted to do the same. Boy2 became startled. “Hey!! Don’t steal my dust!!”

That he would be so protective over a mound of dust tickled me to no end.

Almost at once, I felt the irritation and angst over their earlier misbehavior dissipate, and I saw them for what they simply are: Young boys who are growing up. With hormones and all.

I allowed myself to crack a half-smile (even though I really wanted to burst into laughter), and told them there was lots more dust under the teacher’s table and under the stacks of chairs. It became almost like a game, with them trying to show me how much dust they could each collect.

I went back to the staffroom and shared the dusty story with a colleague, and we had a good laugh over it.

Self care for the day, done!

I think cats are masters of PR too.

Knowing that their popularity with the residents of an urban area would being them benefits in the form of being welcomed and being fed, they do all that is necessary to keep their status.

Oh look, that human is squatting down beside me with the camera again. Alright, let me oblige her with an intense stare into the lens which will make her happy.

After that I will roll over so that she will think I like her.

And then give an adorable sleepy look at her feet.

That ought to keep them happy for another few days.

These humans, so easy to please.

As a music therapy student, I think I have been able to conduct myself with relative professionalism, in spite of the many many unpredictable things clients can do or say.

“Mary” is one of the residents at the nursing home. She doesn’t have dementia and remembers us well. However, we had been warned that she wants attention and will do all sorts of things to get it, including using guilt and reverse psychology. This week, she walked past us and asked very sweetly: “Girls, can I have music therapy please?” We of course agreed and told her we’d go to her room later.

When we arrived in her room, she told us to “start” and just “carry on”. As she joined us in singing, she was also very busy taking out plastic bags from her drawer, finding a comfortable position on her bed, before deciding that she didn’t want to lie down after all, got up, and decided that she had to curl her hair. In between all that, she also managed to slip in a rather awkward piece of information from her gynecologist and explained to us why she had to do something in a certain way. *Awkward silence filled in by music*

Up to this point, I had still managed to hold it together, and was in fact quite impressed by this strong-willed lady who seemed to be really positive and cheerful about life.

Then Mary took out her curling pins from her drawer, and told us: “I’ll be back in a minute, girls.” And proceeded to go to the toilet to comb her hair. As soon as she left the room, the Coursemate looked at me immediately and hissed: “This is the weirdest session ever”. That started me off a little bit. Before Mary came back, we quickly decided that it was best to end the session soon since she seemed to be more interested in curling her hair than in having a serious session.

Mary came back, and started standing in front of her mirror, slowly putting the curling pins in her hair, all the while chatting with us about how her singing voice has changed and how she didn’t like it anymore, etc. The Coursemate then very gently said that we had to leave soon to see other residents, and that we’d sing her a Goodbye song before we left. Mary couldn’t argue with that, and seemed to reluctantly accept the fact that we couldn’t stay to watch her curl her hair.

As we started “Thank You For The Music”, Mary’s hands went back to her hair and curling pins. What was meant to be a conclusion, validation and affirmation of a session of social togetherness and present-ness, became a soundtrack for hair curling. The absurdity of the scene was too much for me to take, and the moment that thought: “soundtrack for hair curling” entered my head, that was the moment I lost it.

I giggled so much I couldn’t sing anymore, and the poor Coursemate later said it took all of her self-control to not look at me and keep the song going. And of course, Mary was oblivious to it all, her attention focused on her reflection and how nicely her hair was being curled.

During lunch, in between our bouts of giggling, we messaged a course senior who came into the nursing home on another day as an employed MT. The “weirdest session ever” was described, and advice asked. The gist of his reply was:

“Hi guys, I think it’s safe to say that Mary can be a little odd. She was labeling her clothes when I worked with her. However she enjoys old classics and having discussions about them after singing.
…
PS: She might want to talk about her “personal” medical issues as well. Just keep the music going and she’ll get the hint that you don’t really want to know about it.”

That just set us off on another serious bout of giggles, so much that we had to take extra time after lunch to calm ourselves down, to go back to “Professional MT mode” before stepping back into the building.

From a phone message conversation with the brother:
L: Yeah! No point watering the negative seeds within ourselves
J: Yup! No point feeding the lesser wolf in us
L: Hahahaha so many ways to put it
I thought it’s lion?
Lol
J: wolf la
Final verdict: Ok it’s wolf. Haha.
http://zenpencils.com/comic/94-the-two-wolves/
It’s nice to have family to water the positive seeds in me. Miss you, bro!

Last year, I had a class of 38 thirteen year-olds under my charge. Somehow they managed to get hold of my handphone number and would occasionally send me messages like: “Cher! We really miss you!”
I am happy to hear from them, yes, but… I just don’t feel as affectionately towards them, you know?
I know teachers are supposed to love and nurture all students equally, but I can’t help having my biases.
And to this batch of students I had barely known for a year, I’d feel:

But. When last year’s batch of Sec 4 students – students whom I have seen grow up since they came in as small puny Sec 1s – send me similar messages, I am a totally different person.

Omgosh. They still think about me. I made a difference!!

Have you ever had days when you think that you’ll never be “one of those people”?

I used to think all these were really far-fetched too. I mean, I don’t even buy the lottery, so that really decreases my chances of winning by… a lot.

Until the day I won a MARS BAR.

I didn’t even see the words on the packaging. I only bought it because it was a light grocery day, I wanted to give myself a treat, I felt like munching on something sweet on the way home, and the Bars were on offer.

Certainly restores my faith in the world 🙂