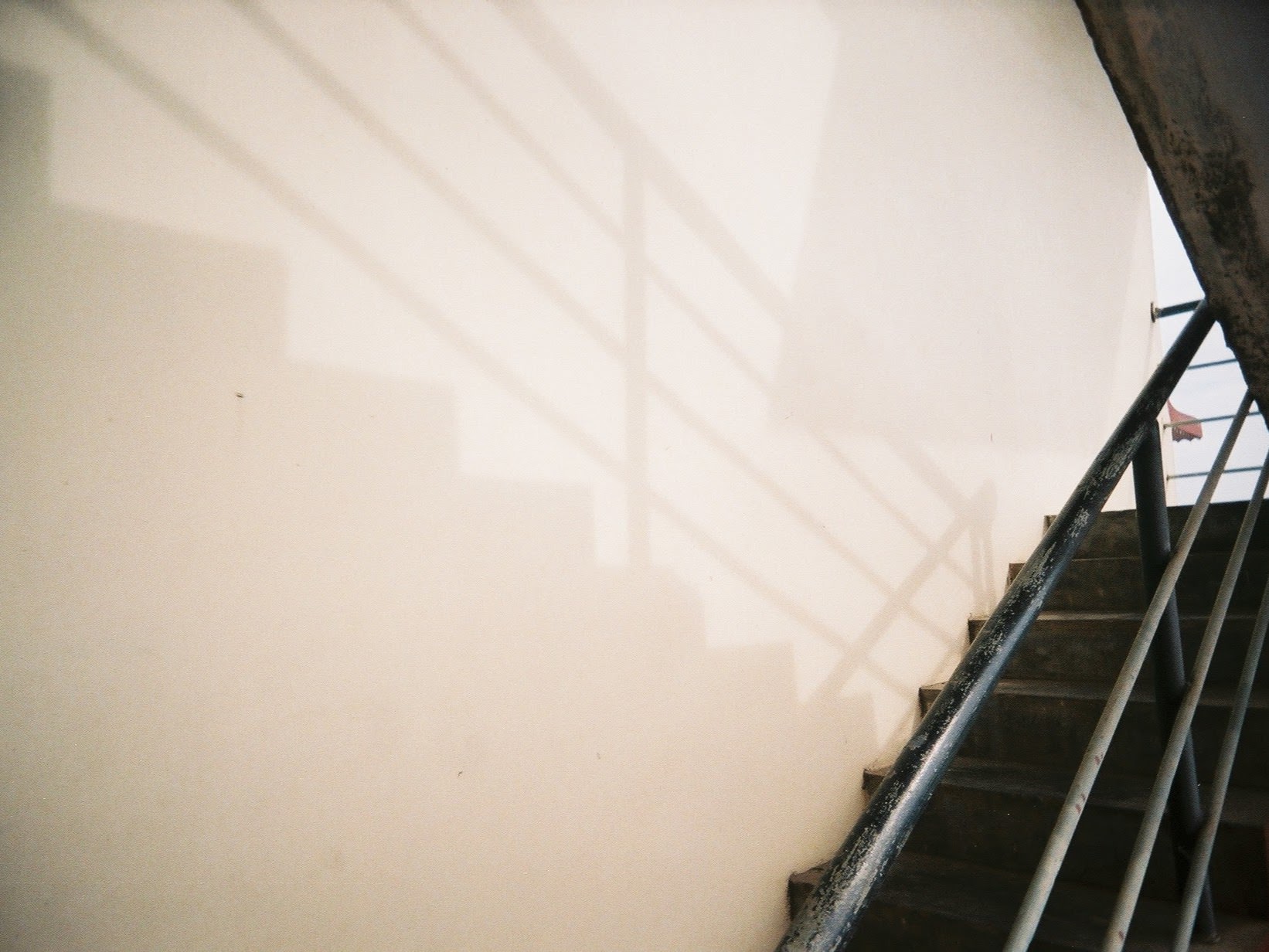 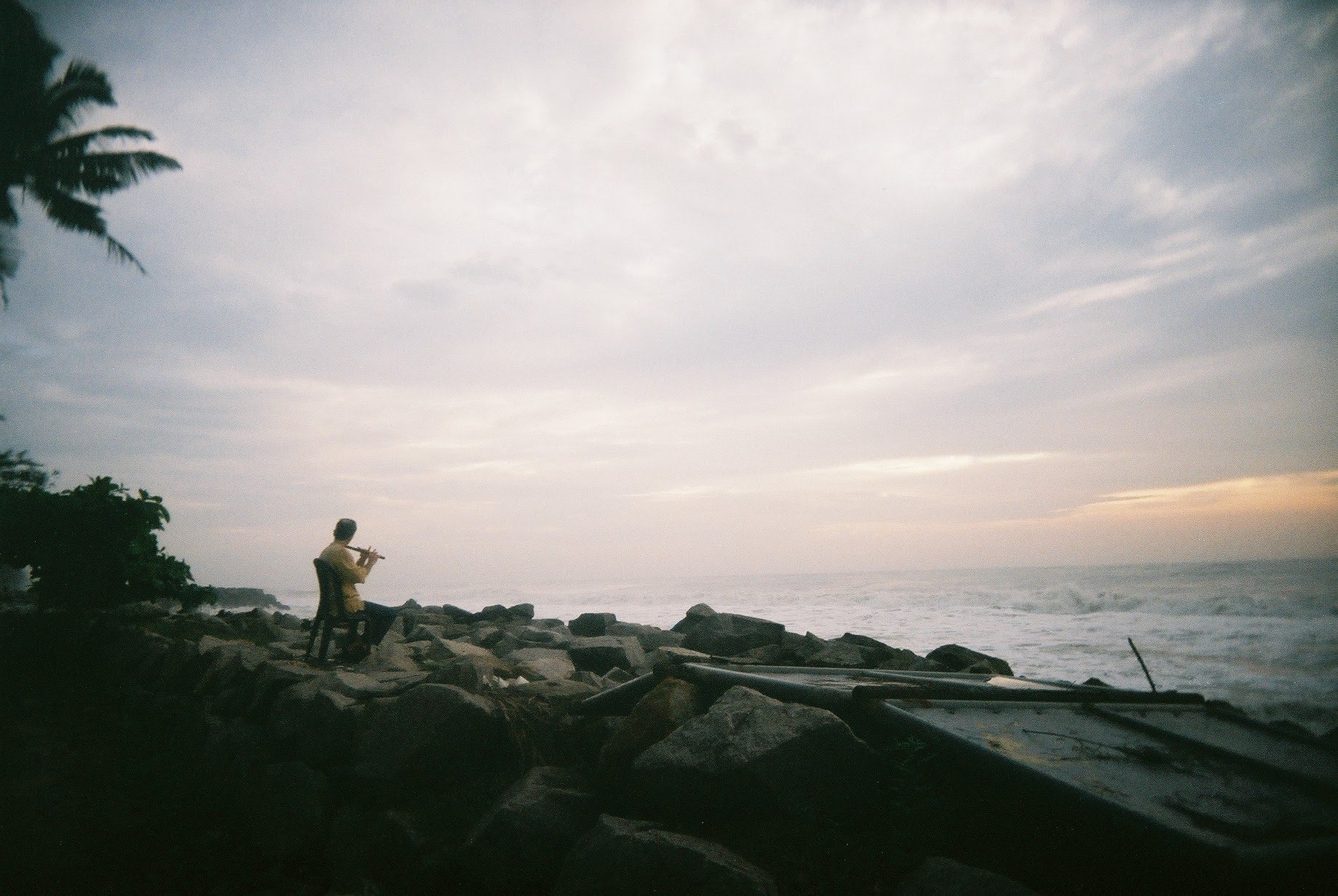 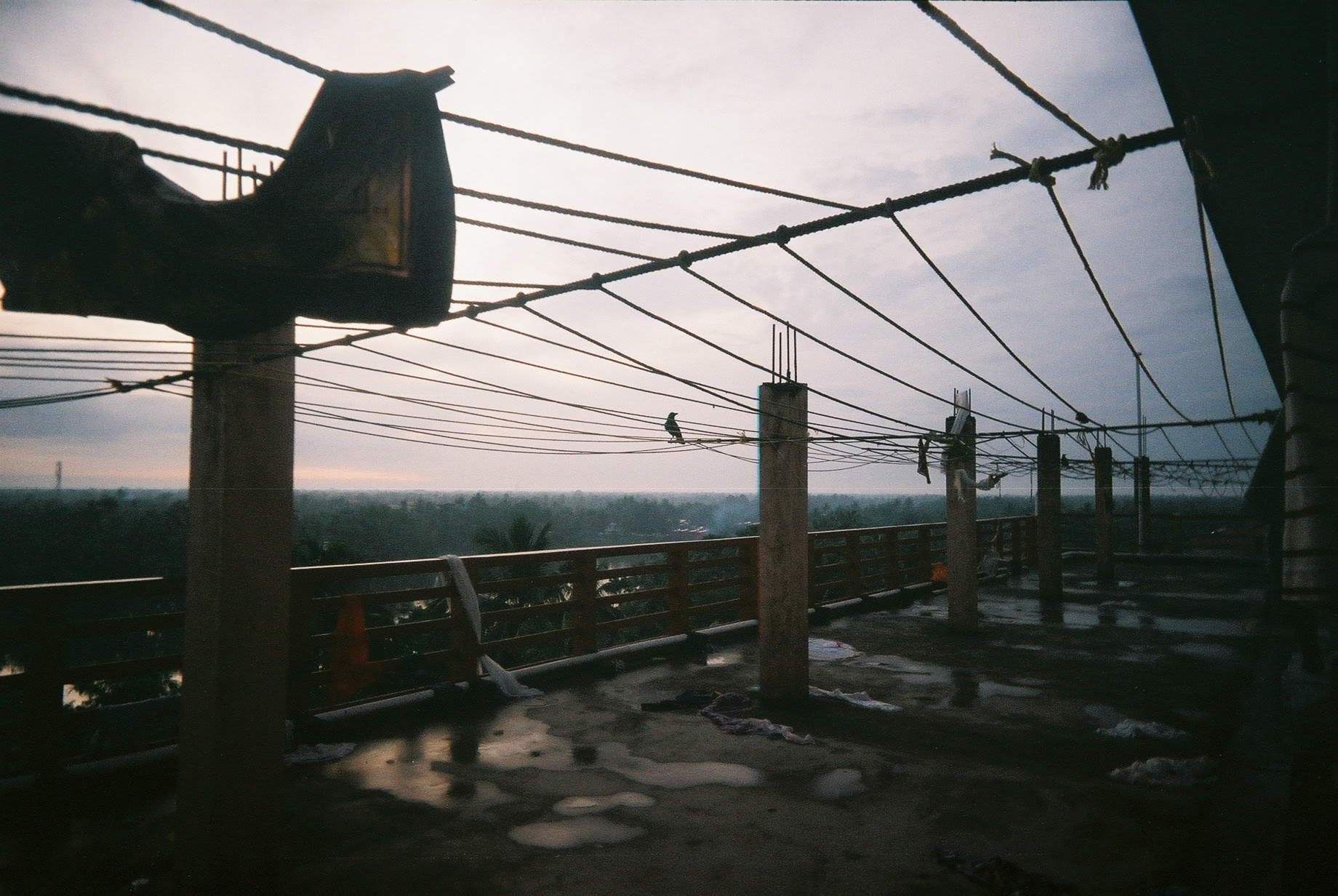 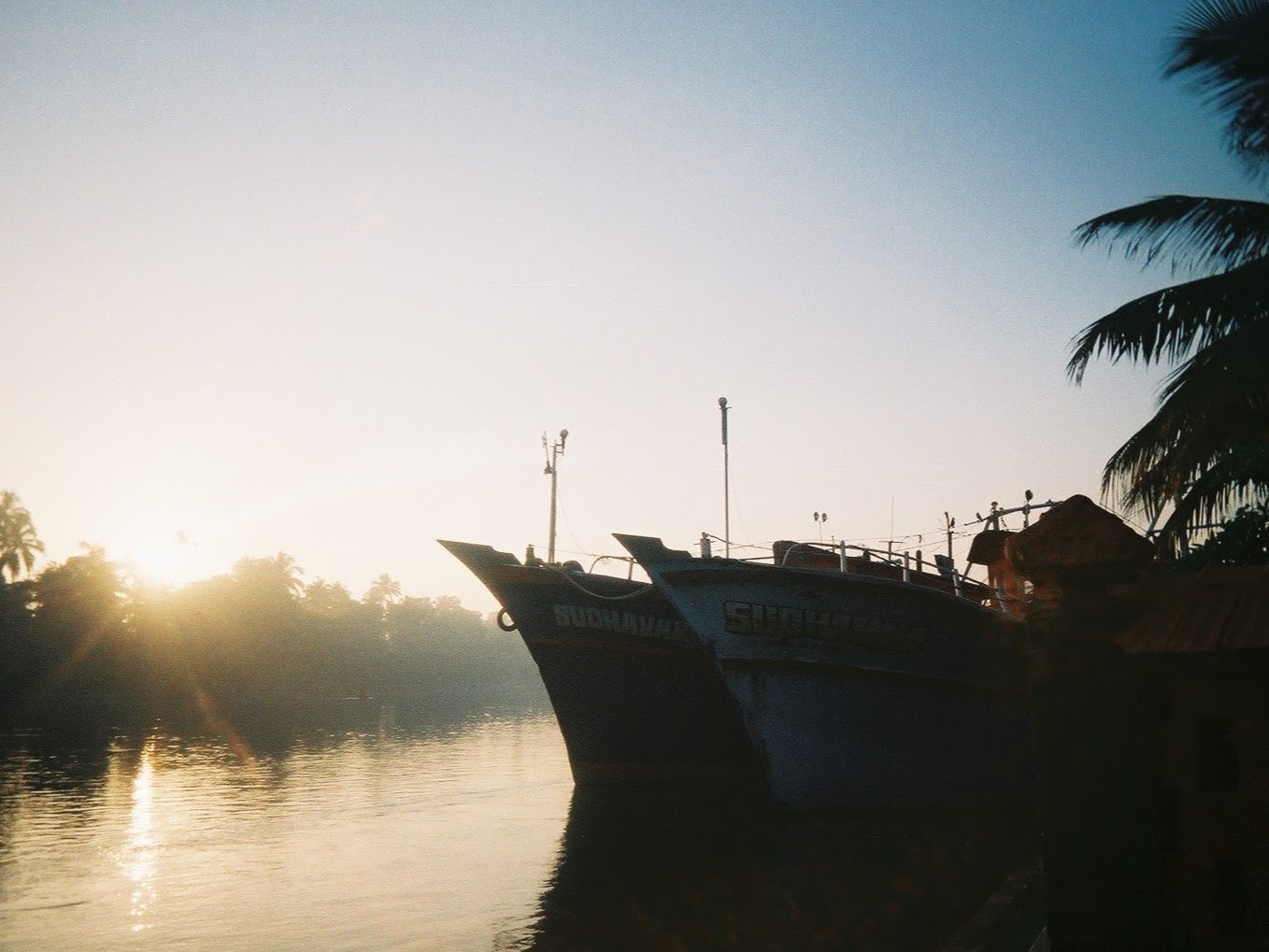 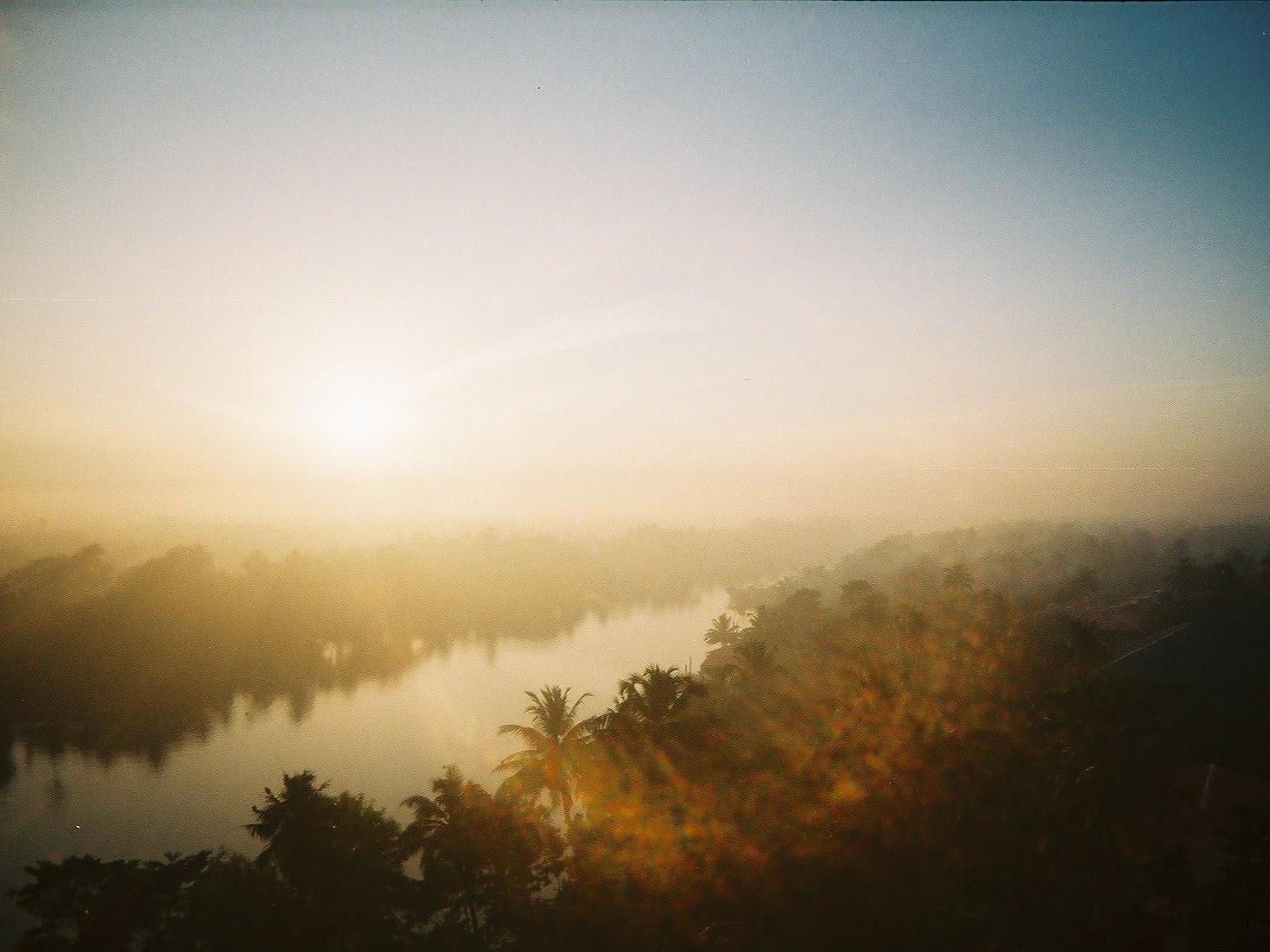 So apart from connecting with the inner Self and recharging the soul, what else did I get up to in the 2 weeks without wifi?

Took up an intensive yoga class, ran away from charging waves, lost a lovely turquoise top in the laundry service after wearing it for just 2 days, and took more random pictures of the resident birds and their nests.

Till next time, wonderful abode of peace.

On one of our adventurous expeditions.

For 2 weeks in December, the parents and I spent time at the “usual spot”. Kerala, India. Between a stretch of backwaters and the Arabian Sea.

I am convinced that only when we disconnect can we truly connect.

Taken from /in our block of flats. I could certainly get used to waking up to sunrises everyday.

About and around changeless beauty.

“You have been here, you don’t know since when. You have never been born and you are not going to die, because to die means from someone you suddenly became no one. From something, you suddenly became nothing. Nothing is like that. Even when you burn a piece of cloth, it will not become nothing. It will become the heat that penetrates into the cosmos. It will become smoke that rises into the sky to become part of a cloud. it will become some ash that falls to the ground that may manifest tomorrow as a leaf, a blade of grass, or a flower. So there is only continuation.”

“In a world of diminishing mystery, the unknown persists.”

Unknowns like – How to justify one’s political beliefs. How to live when someone you love and thought you needed… is no longer around. How to negotiate the expectations of society, yet remain true to oneself. As woman, mother, daughter. As man, brother, son. Unknowns.

Based on the true event of the Naxalbari uprising in the late 1960s. A very eye-opening and insightful read, at the same time with the ability to touch the chords of the most tender emotions within.

As they drove back to the village Richard asked Subhash about India, about its caste system, its poverty. Who was to blame?

I don’t know. These days everyone just blames everyone else.

But is there a solution? Where does the government stand?

Subhash didn’t know how to describe India’s fractious politics, its complicated society, to an American. He said it was an ancient place that was also young, still struggling to know itself. You should be talking to my brother, he said.

You have a brother?

He paused, then uttered Udayan’s name for the first time since he’d arrived in Rhode Island.

Well, what would Udayan say?

He would say that an agrarian economy based on feudalism is the problem. He would say the country needs a more egalitarian structure. Better land reforms.

It is. He supports Naxalbari.

“Go to Old Delhi, and look at the way they keep chickens in the market. Hundreds of pale hens and brightly coloured roosters, stuffed tightly into wire mesh cages. They see the organs of the brothers around them. They know they are next, yet they cannot rebel. They do not try to get out of the coop. The very same thing is done with humans in this country.”

“We came to an enclosure with tall bamboo bars, and there… Was a tiger. Not any kind of tiger. The creature that gets born only once every generation in the jungle.”

A novel about urban India and the hidden stories behind the millions of nameless faces on the streets. In a country where being born into poverty is the norm rather than the exception, Balram’s voice paints us a picture of life in the cities of India. What determines whether a person will fight his fate, or accept it, as part of the chicken coop? What will make a person realise he is a White Tiger? Potential hidden but present?

This novel was so captivating that I finished it within a span of a few days, reading at every possible lunch break and train ride. It certainly opened my eyes to the less glamorous aspect of life for the millions of common people in one of the most populous countries on earth. What we see as tourists and visitors definitely do not give us the full picture. Novels like these, although possibly criticised for being “disloyal” and “harsh”, certainly gives us much needed alternative and honest perspectives.