When you can’t be at the real place … a museum exhibit is most welcome. 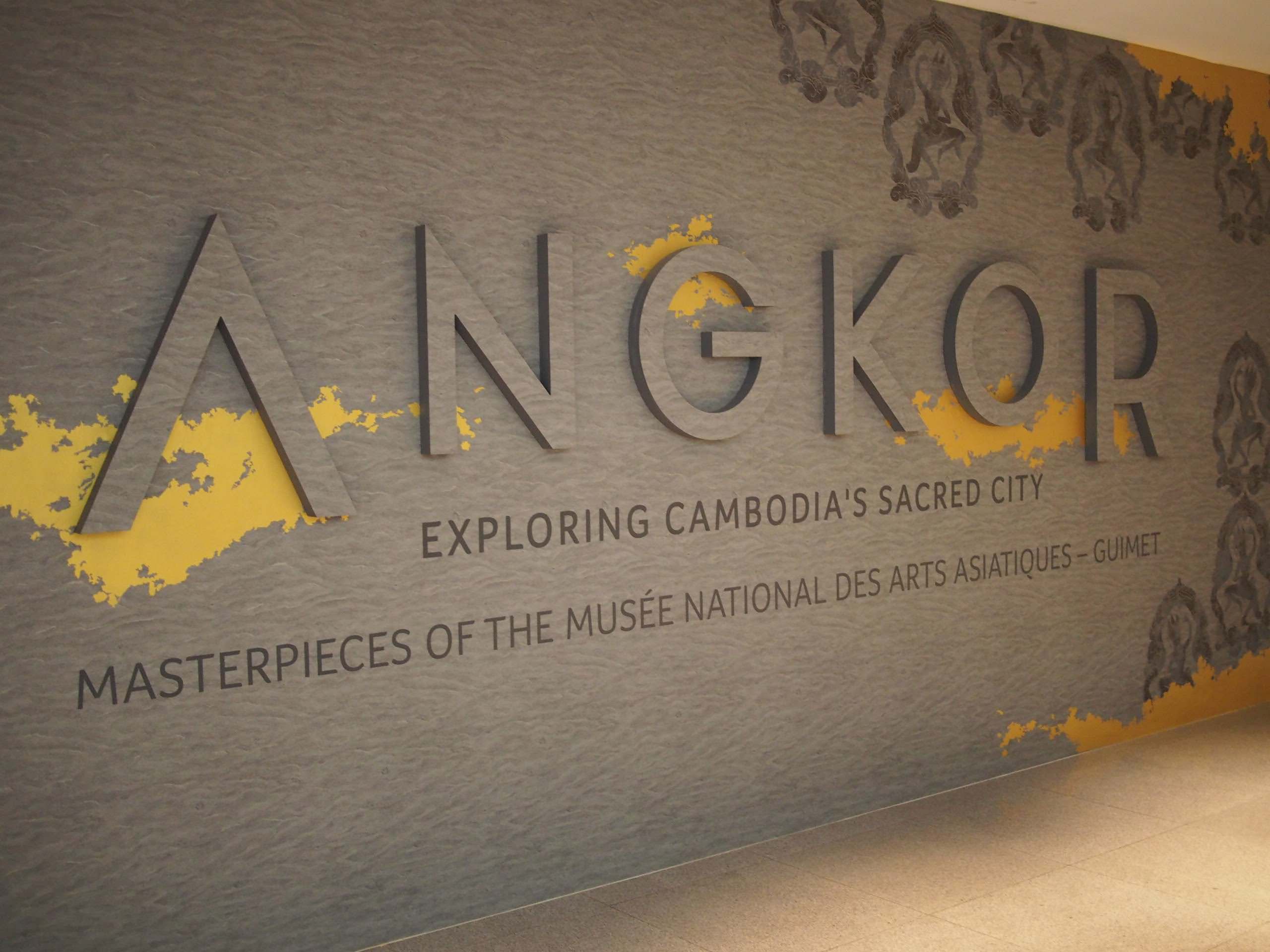 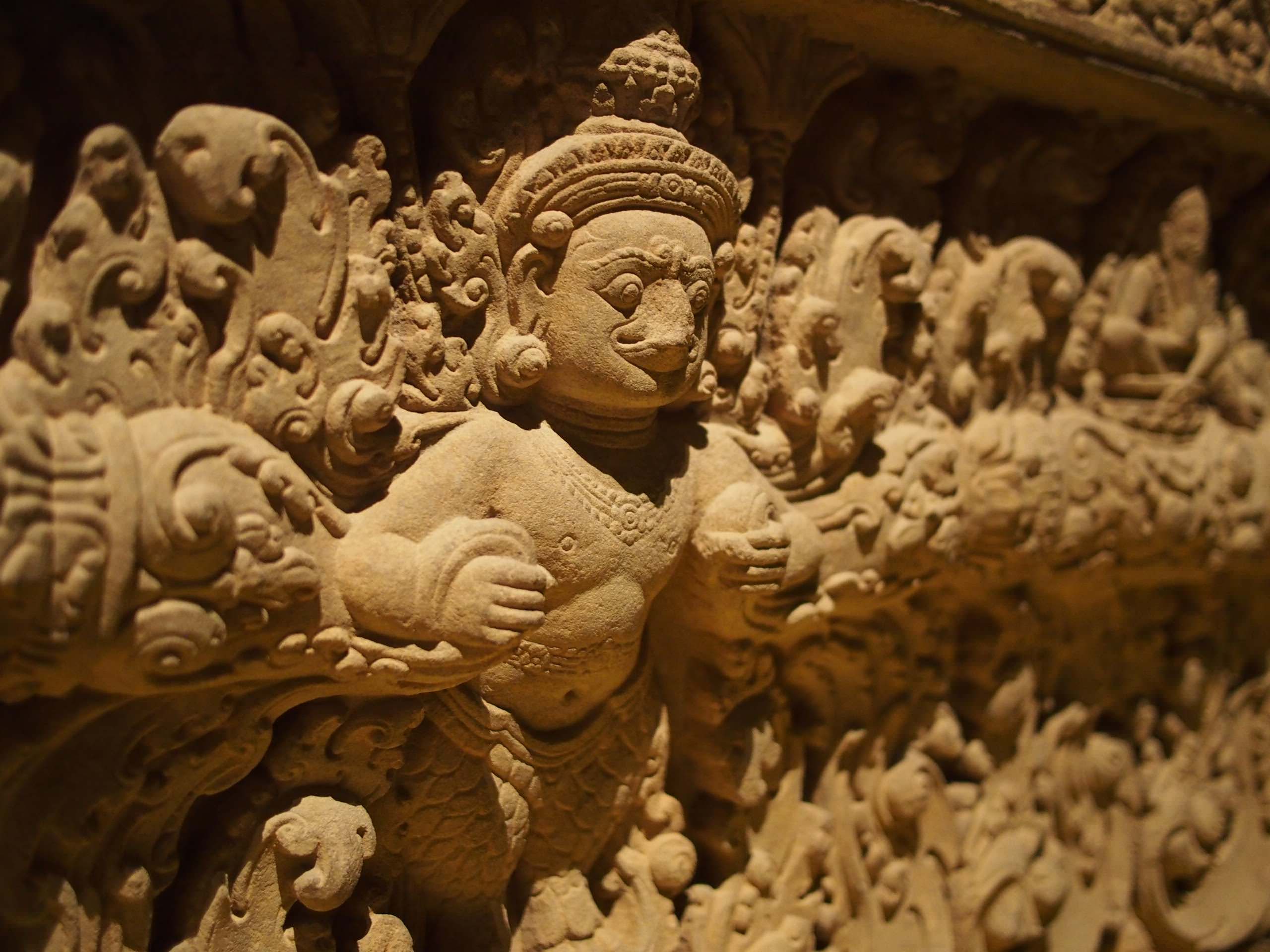 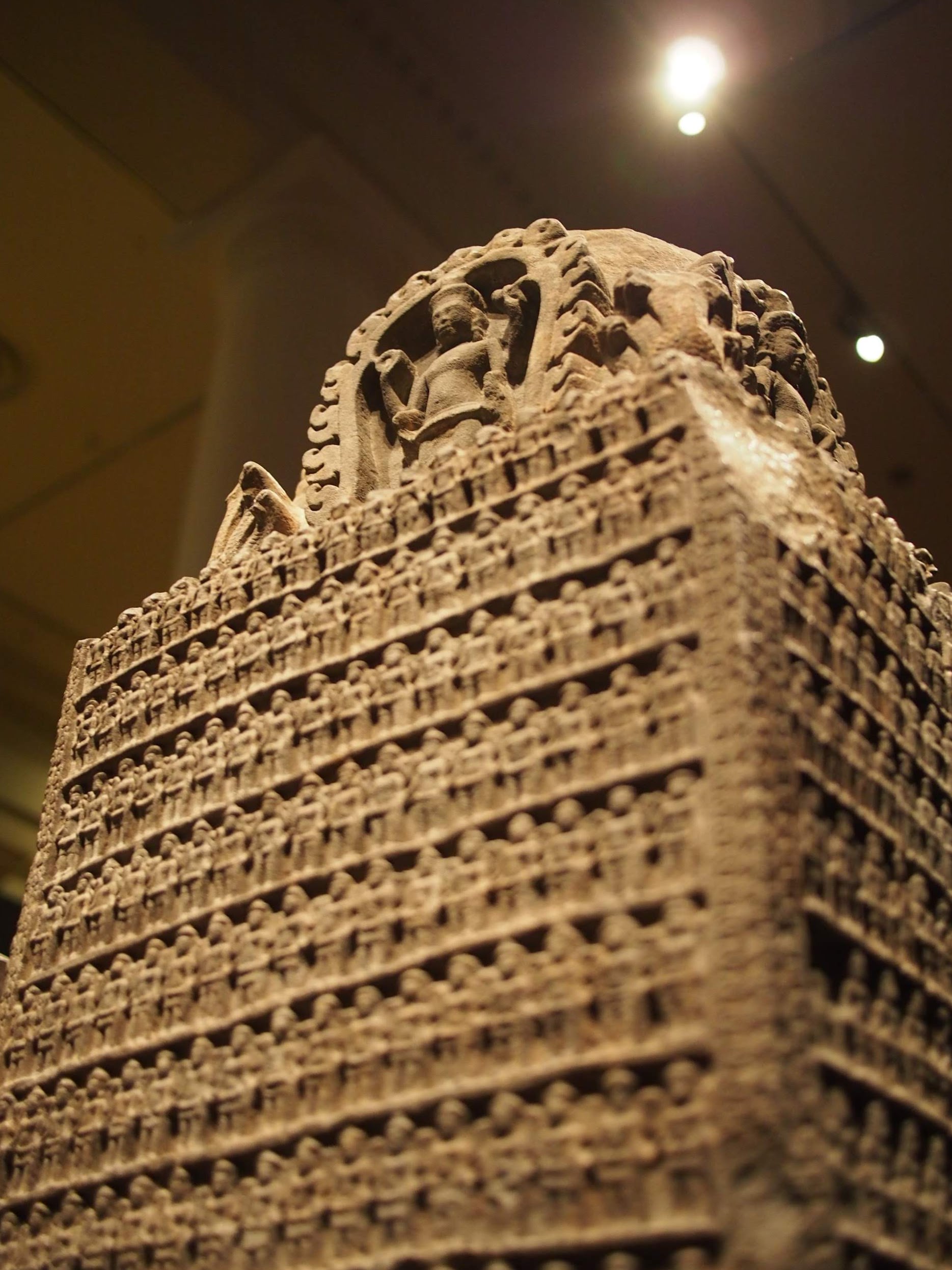 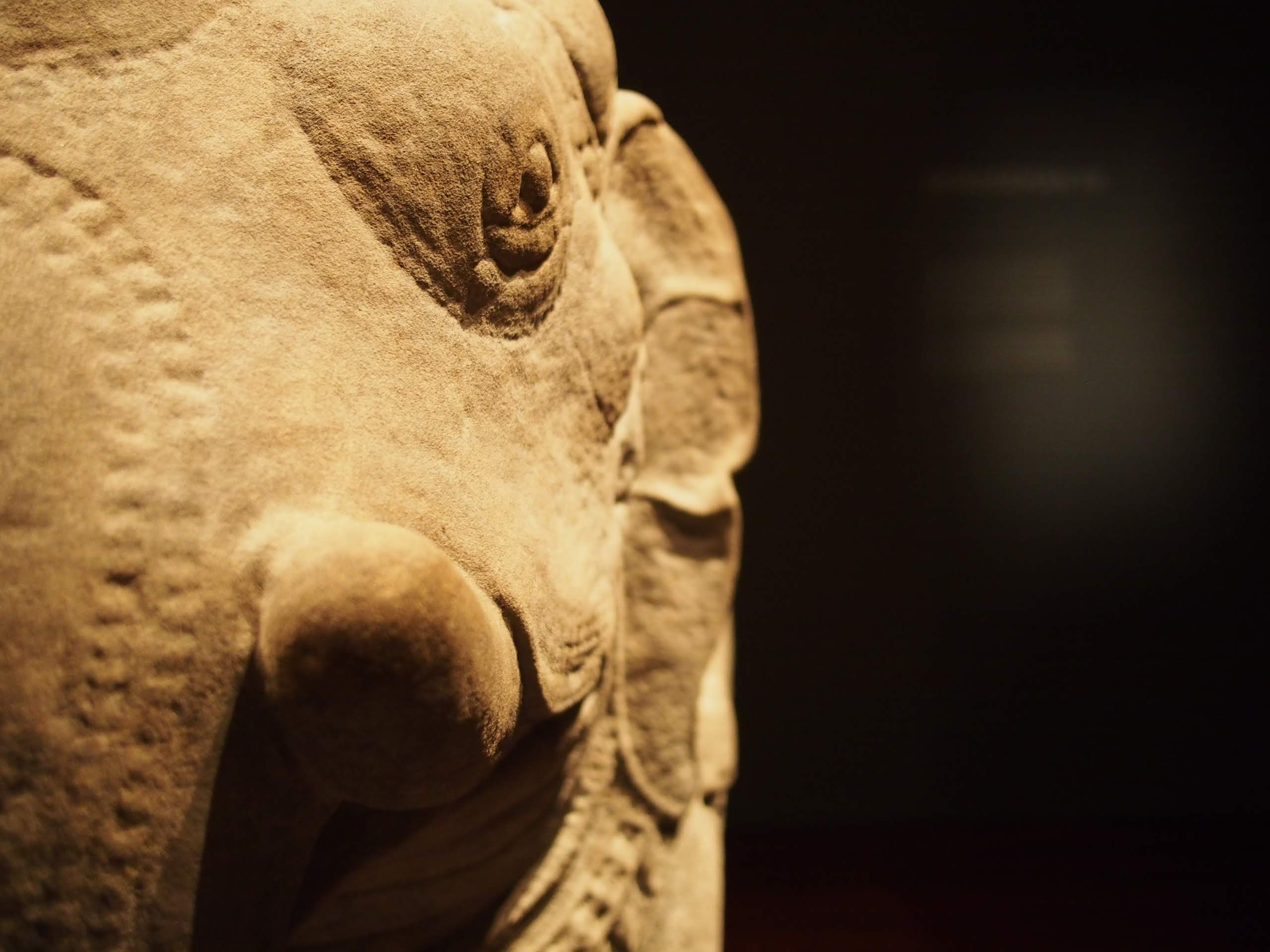 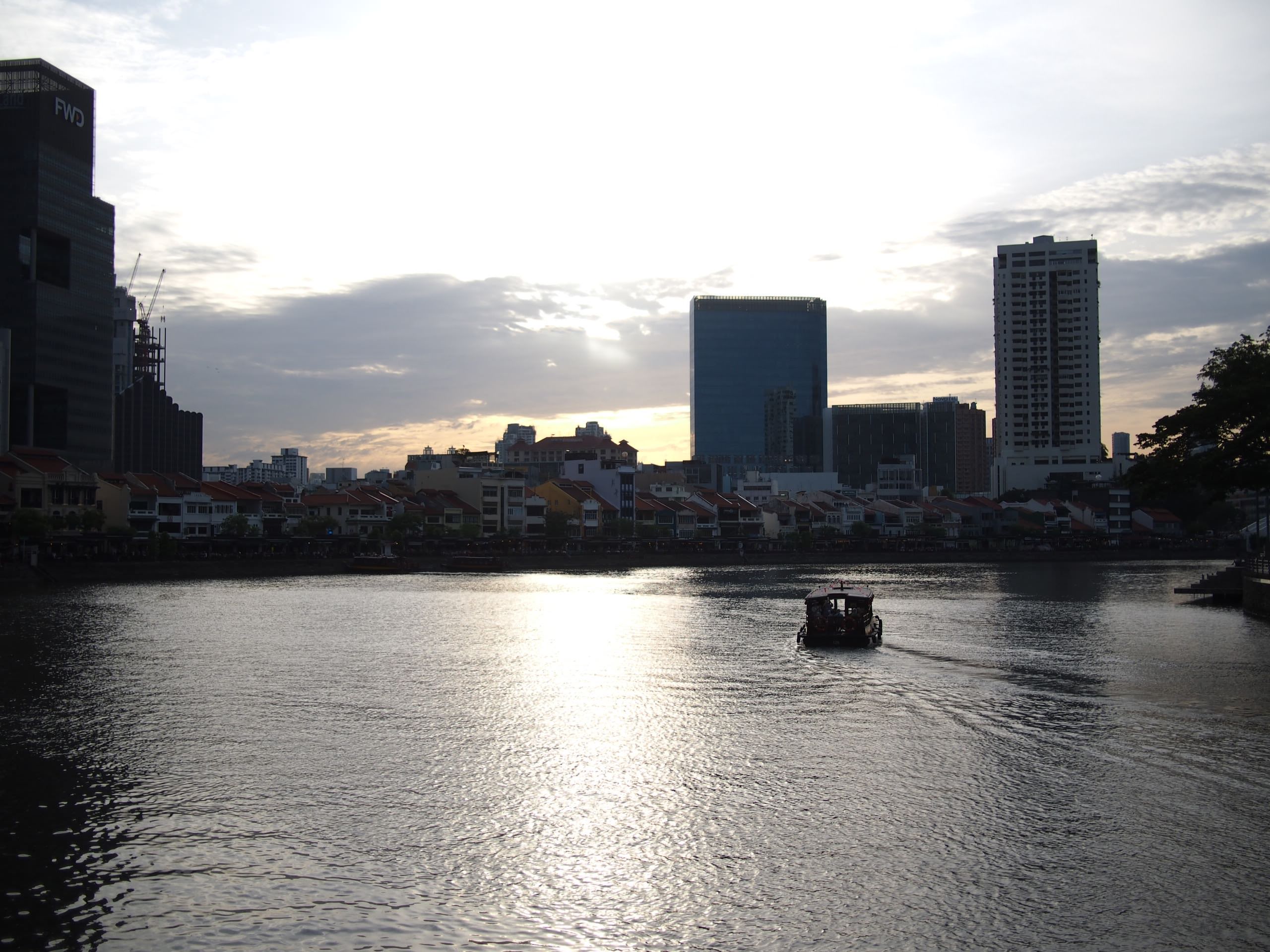 There is always something to be thankful for. And living in a beautiful convenient city like this is one of them.

A novel which centers around Angkor Wat, Prince Jayavarman VII’s forced exile and his eventual return to Angkor as King. John Shors did a wonderful job in recreating life as the Khmers might have experienced it, within and around Angkor Wat, which already existed as a magnificent and worshipped structure then. His characters are humanly flawed – they fail, they succumb to their desires and ego, yet they also give in to the simple joys of life – being with family, waking up next to your loved ones everyday – all these facets come together to give light and depth to each character.

“Why did you come here? Why did you attack us?”
Asal had asked himself the same question. “The nature of men is to wage war,” he replied, and then offered her a flask of wine and bamboo tube, which she took. “Chams. Khmers. Siamese. We all fight.”
“Perhaps if you were women, if you created life, you wouldn’t be so quick to take it.”

Overall, an appealing and emotional read, especially if you have just experienced the beauty and magnificence of Angkor Wat, and can’t get enough of it.

Every Saturday, Dr Beat Ritchner gives a short cello recital at the Children’s Hospital in Siem Reap to raise awareness and funds for his Kantha Bopha Children’s hospitals. With great, wheezing breadths (which I tried to ignore), his cello becomes his voice, crying for children all over the country, and the world. Children whose parents are too poor to afford even basic healthcare. Children who die from simple ailments, easily curable in a developed country. Children who don’t get a chance in life, because they have been disadvantaged from birth.

In between pieces, he narrates reasons why the existence of his hospital is so important for the children of Cambodia. He gives facts, figures – the number of children that would die each day, if not for the Kantha Bopha hospitals in Siem Reap and Phnom Penh. He argues that the government should help, but isn’t doing as much as they should, and one can easily sense his frustration at this point.

If I didn’t see it for myself through the touching video, it would have been hard to imagine – the thousands and thousands of mothers, fathers and children – people who get Hope from the existence from a hospital such as this. And the lives that might have been lost if not for Kantha Bopha.

To a certain extent, the visit to the hospital made me realise how oblivious I am to the good life I have.

And when realisation strikes – the realisation that it could very well be me living in a mud hut, a 3km walk away from the nearest hospital, too poor to buy basic painkillers, or vitamins… All in a twist of fate… The realisation slams me like a heavy weight that drags my guts down to the depths of my stomach. And at night, before I sleep, in the air-conditioned room and under cosy comforters, I wonder to myself: “What good did you do to deserve the wonderful life you have?”

And the self-reply whispers: “Maybe its time to start doing something MORE to make yourself worthy of this life you’ve been given.”

My second favourite cafe, after Toto.

It was so quiet and peaceful when we had our 4.30PM lunch/dinner. And, there was a CAT! Bonus points scored immediately ;p

The desserts looked so tempting that we made reservations to go back later in the evening.

The museum is approximately 25km North of Siem Reap. It’s worth a visit if you want to show your support to the work Aki Ra is doing to help his country. There is a souvenir shop where you can purchase items. Our trip there was partially ruined by stomach-upsets (no thanks to the lunch we had at the roadside stall a few hours before), and the lack of a guide. According to the website, guided tours are available on Mondays, Tuesdays, Thursdays and Fridays. We were there on a Saturday, so I guess it was just our luck.

After we came home, I watched this video:

Immensely touching. Redemption may be difficult, but it is possible, as long as we are willing to try.

We decided to head down to the Angkor Centre for Conservation of Biodiversity, after reading many good reviews about the place.

After a 2-hour or so ride (we silently thanked our hotel staff for advising us not to ride there in a Tuk-Tuk), we arrived at a relatively isolated area, near Kbal Spean.

The passionate guide brought us around the grounds, telling us of the various projects undertaken by the centre, ranging from wildlife rescue, to releasing of animals back into their natural habits.

Unfortunately many of the animals were in enclosures and it was not always easy to spot them.

The primate enclosure was quite a sight to observe, though. They are so human in so many ways.

Only this fellow here was spotted roaming freely around the centre’s grounds, and it gave our guide a few friendly “dance moves”, apparently to express affection, much to our amusement.

Overall, the work they’re doing there is indeed commendable, and they could sure use the extra donations from visiting tourists.

Reminder to self, should I ever go to such a place again: Bring mosquito repellent. Bring shades. Bring sunblock. And avoid the ants.

After an entire day of temple-exploring, we were only too glad to rest our feet and fill our stomachs with yummy food. HAVEN didn’t disappoint us all! Not only did the food taste fantastic, but consumers can also feel good that the profits are going towards a good cause.

As usual, service was excellent, and the ambiance was lovely. I felt bad that I emptied my sandy sandals all over their floor, and apologized to one of the waiters before we left. He was so sincerely helpful and accommodating about it that I ended up feeling worse!

My dinner – I think it was a tofu satay thing. Heh.

Personally, I feel that calling this beautiful place the “Tomb Raider Temple” is rather embarrassing and degrading.

I loved how the trees grow over the temple, stretching their roots across the walls, a union between nature and man-made structure.

This column particularly impressed me because, our guide told us that these holes originally contained diamonds! One can only imagine how beautiful the reflection of the hundreds of precious stones must have been when sunlight filtered in on a day like this.

The exploration of this temple took a memorable turn, when we were brought on an “adventure” by our guide, away from the crowds,  across boulders and narrow passageways, to reach areas seemingly untainted by the presence of other humans. Thanks to him, we were able to experience quiet corners of the temple, otherwise though to be inaccessible. It made the muscle aches I experienced later on worth it ;p

This was where we started meeting and feeling the heat of the tourist crowd, and this was also the time when the sun was starting to get higher and higher… Hence the experience wasn’t as peaceful and quiet as we had hoped for. Nevertheless, Angkor Thom and Bayon Temple were intriguing enough, with the story of the Churning of Milk and the 216 faces of Buddha.

Along Life's Path
Create a free website or blog at WordPress.com.