Every year, I look forward to the Esplanade’s Kalaa Utsavam – Indian Festival of the Arts.

Particularly when… there are Indian Flute recitals!

I love the sound of the bamboo flute. While the Chinese Dizi can sound rather sharp and shrill, and the music rather direct at times (not unlike the intonations of the Chinese Language), bamboo flutes just seem have this unique, mellow and lovely tone quality.

And the Indian RAGAS! They’re not just a scale or a permutation of notes, they’re virtually the life of the music. Changing the raga of a song isn’t like changing the scale or key of a song – it changes its entire Essence.

The previous Bamboo flute recitals I attended were all of a more classical nature – there’d be a solo flautist, of course, usually accompanied by a tabla player. Sometimes they’d have a Tambura player, sometimes a drone box – but that was about it.

Imagine my surprise when I stepped into the recital studio, and saw the widest array of instruments I did not expect! There was a synthesizer (attached to a MacBook, I might add), a grand piano, Mirdangam, Tabla, Violin, and the Western Flute in addition to his collection of Indian Flutes!

What followed was an amazing night of fusion and collaborative music. R&B, Soft Rock, Folk Song, Classical, and my favourite – JAZZ.

I was blown away.

Thank to this video, I’m going to be meowing in my sleep tonight.

And all too soon, the weekend is as good as over.

When I awake tomorrow morning, what little light that greets my eyes would be accompanied by a dominant feeling of inertia.

But we trudge on, with the comforting knowledge that another weekend will come soon. 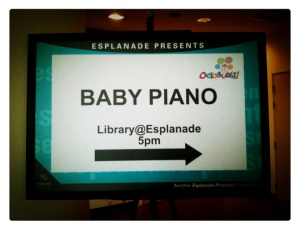 A random visit to the Esplanade library led me to this concert, where children as young as 11 years old were playing pieces I only dreamt of playing at 18.

Looking at the throngs of nervous yet supportive parents and their performing kids, I could not help but compare them with the typical kid in my school – lacking in parental love, craving for attention, low self-esteem, and no motivation to do well. How many students have told me that they would love to learn the piano, but their parents / family can’t afford it?

General music lessons are as close to learning music as they’ll ever get, at least before they start earning a salary of their own.

If I continue to think this way, maybe I would continue to be motivated to do more for them. 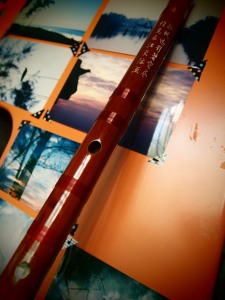 On a week when I did not practice AT ALL, I perform better than ever during lesson, earning myself praises and encouraging words, and leaving me to wonder what happened when I DID practice, then?