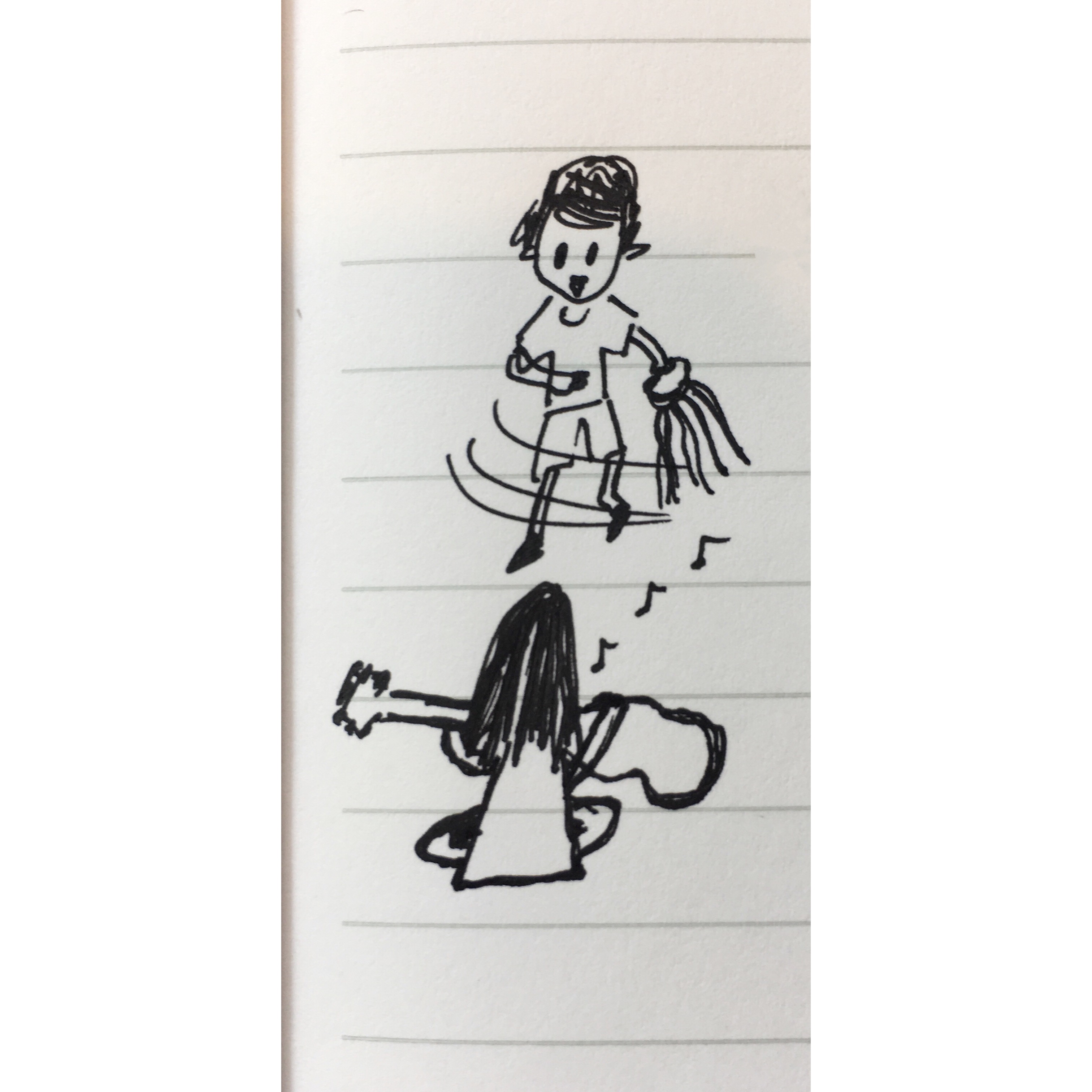 Fz is a semi-verbal little boy with ASD whom I’ve been seeing in group sessions for 2 years. He loves singing and music-making, attuning to music and songs naturally, frequently singing songs on his own and sometimes using songs to self-soothe. He can be really loud with his voice, as well as unpredictable with his emotional expressions, sometimes bursting into tears over seemingly non-existent or very small triggers. In addition, because of his diagnosis, it is usual to have him engage with objects and instruments more than people.

In sessions, the goals are for him to engage in social interaction through music-making: Responding to non-verbal cues, making eye contact, and to regulate his movements and expressions through co-regulating with the musical environment. Fz has shown capability in all aspects of these goals, but in our most recent session, he surprised us by seeming to go one step further.

We have been ending our sessions with these ribbon streamers – colourful pretty things to encourage expression through larger body movements. Song is a gentle waltz, to stimulate movement, and provide a safe encouraging space for body expression. For the previous 2 sessions, Fz has been playing with his ribbons without displaying much awareness of the environment. Appearing pretty much in his own world. But in this particular session, he had suddenly stood up, walked around the space until he stopped in front of me, and started swaying (Swaying is a very natural reaction to a waltz!) his body in time to the music while sustaining eye contact. I was pleasantly surprised at this sudden initiation from him, and started swaying with him while the music continued. And we stayed that way till the end of the session, about 3 minutes later – which is a really long time for a little boy!

I am thankful I was able to witness his capacity for sustained engagement, and humbled that he chose to share it with me in the music, in our swaying together. I want to remember this, as a reminder that every child is capable of meaningful interaction and connection 🙂